I have recently been exposed to the ideas of Doug Brignole and on the face of it, they seem convincing. Essentially, he’s saying that you should try to perform exercises which load the target muscles in the most efficient way which would allow you to use lower weights.

He recently had a free seminar “Isolation vs. Compound” (https://online.smarttraining365.com/masterclass-video/) where he did an analysis of the barbell back squat (starts at the 37:30 mark) and said that it is an poor exercise *for the quads* for the following reasons: 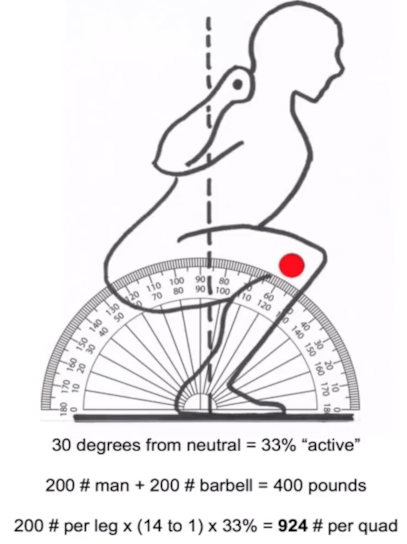 So he says that this forces you to load your spine with a lot of weight and risk injury.
In comparison, he says that on a sissy squat: 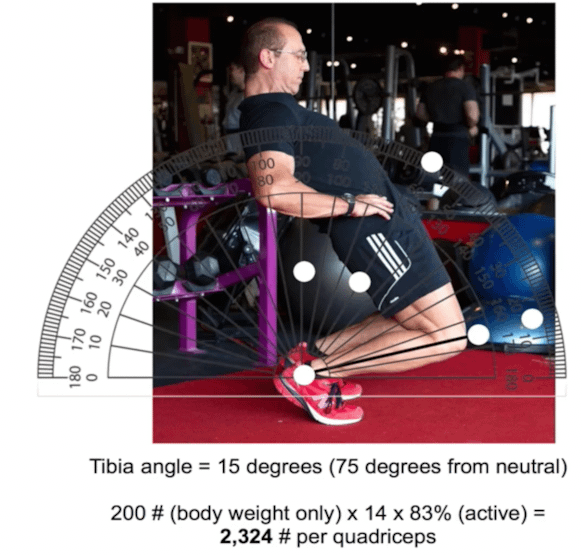 Your tibia is almost horizontal, so the lever is 83% active and the quads end up getting much more resistance, even with a bodyweight sissy squat.

I’ve never seen people analyze the squat this way – it’s usually just with moment arms, but never have I seen someone mention that tibial angle matters here. Is his analysis correct?

P.S. In one of the videos, there was a comment thread where someone also called him out for this, but I couldn’t understand the explanations: https://www.youtube.com/watch?v=dB_Rvcx7hmk&lc=Ugyk9MKKiwSUxuOHE5N4AaABAg